The Tale of Hare, Elephant, and Hippo... as Told by Charms 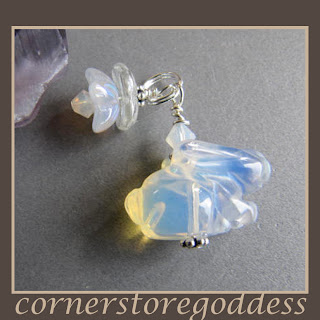 But Hare was clever.  He sat down to think.  He thought and thought and thought, until he came up with a big idea.  First he dragged a length of rope into the field.  Then he waited patiently.  Pretty soon a  big African elephant came lumbering along. 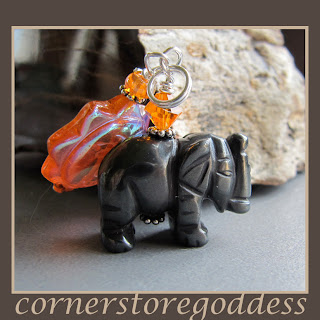 Hare hopped up to make a deal with Elephant.  He bet Elephant that he could beat Elephant at tug-of-war. Elephant laughed at the idea.  How could a little animal like Hare beat him at a game of tug-of-war?  It sounded like a no-brainer.  Quickly he scooped up the rope with his trunk.

Hare picked up the other end and hopped through the bushes, across the field.  There he hid behind a row of bushes and waited. 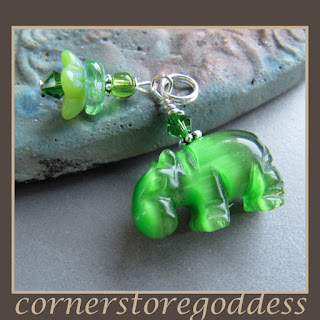 Hare hopped up to Hippo and dared Hippo to beat him at tug-of-war. Hippo, without another thought, picked up the end of the rope with his teeth.

Then Hare hopped into the bushes and gave the rope a tug.

Still Elephant and Hippo pulled at the rope. 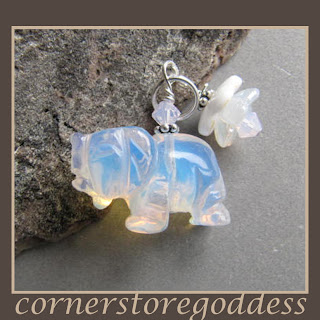 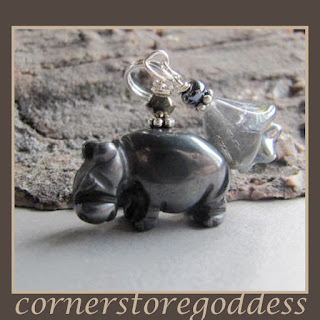 And each time the rope moved, it plowed another row in the field.

Hare never had a finer harvest. 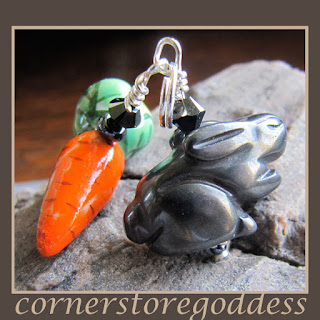 Hare, Hippo, and Elephant can be found here and here.

To see Hare's field, you will have to travel to Africa.
Posted by Cornerstoregoddess at 4:00 PM