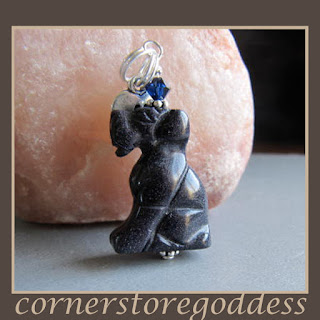 A most lovely dog is the Schnauzer.
He'll rarely leave fur on your trouser.
He's known as a prey dog
And might chase your warthog.
So just look that up on your browser! 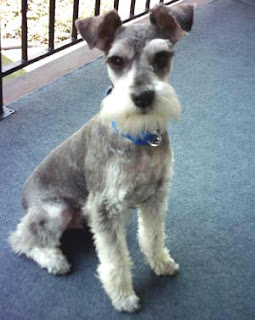 The Schnauzer loves all things familial.
With strangers he'll never keep still-ial.
He'll bark and he'll fuss
'Til they get on the bus
And the family's had all their fill-ial. 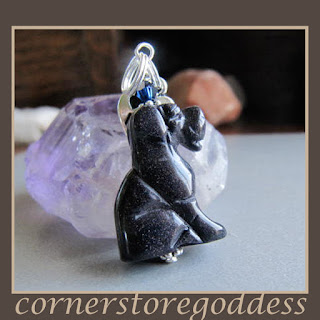 Some Schnauzers are called kinder-watchers:
Attentive.  Not shameless debauchers
They'll eyeball your tot,
Keep him far from things hot.
As sitters they're rated top notchers. 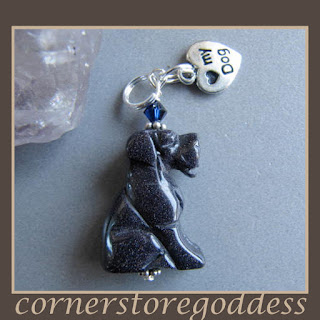 If you want a dog who is frisky
And always stays out of your whiskey,
You might try a Schnauzer
'Cause he's no carouser
Unlike, say, a Basset, who's risky. 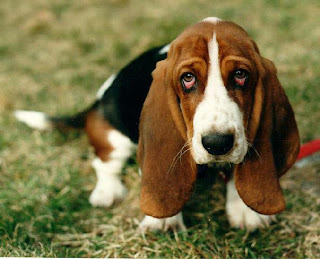 Adopt a mini-mini-mini Schnauzer here.
Posted by Cornerstoregoddess at 5:15 PM