I recently read an article (below) that predicted record-breaking success for loggerhead sea turtle nests, and to celebrate, a sea turtle charm seemed appropriate. 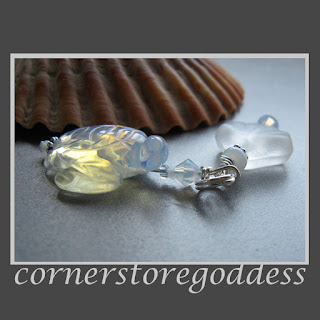 By ALLISON STICE
With more than a month remaining in sea-turtle nesting season, reports of loggerhead nests are on pace to break records for some areas of Beaufort County. 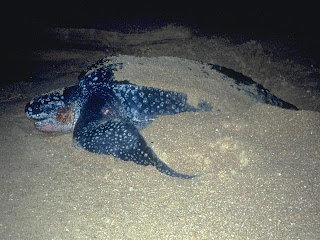 And already, leatherback turtle nests have been documented on Hilton Head Island for the first time.
The largest sea turtles, endangered leatherbacks, reach lengths of more than 6 feet and weigh as much as 2,000 pounds. 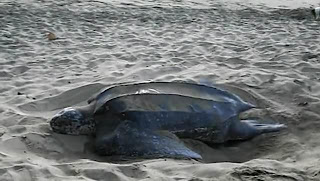 Some of the tracks left by the leatherbacks' crawl were wider than volunteers are tall, according to Amy Tressler of the Coastal Discovery Museum, who manages Hilton Head's Sea Turtle Protection Program.

Leatherback eggs are the size of racquetballs, far larger than the golf ball-sized eggs of loggerheads, the area's most common sea turtle. 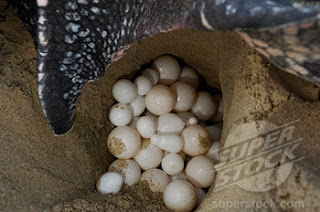 "The leatherback is a huge highlight to the season over here," Tressler said.

The leatherback, which can nest several times in a season, left three nests. 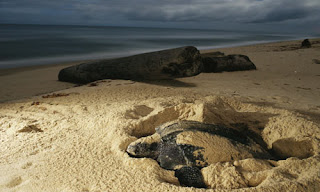 It's likely that the same turtle laid another nest at Hunting Island State Park, which recorded its first leatherback nest last year, although the eggs were unfertilized. 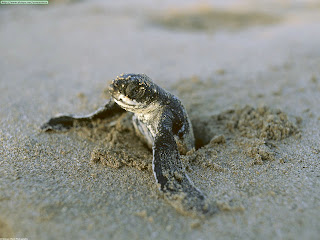 On Harbor Island, project leader Fran Nolan reported 51 loggerhead nests. With a record 66 nests reported in 1999, Nolan said, volunteers are placing bets on whether this will be the top year.
On Fripp Island, 45 nests have been found, already beating last year's total of 25, according to Janie Lackman, the island's turtle patrol leader. Strict enforcement of a rule barring items from being left on the beaches overnight "makes our mamas very happy," Lackman said. 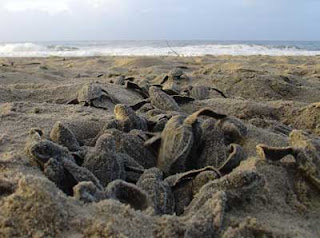 The "really promising" start to the season extends to beaches statewide, with more than 2,450 nests so far, Griffin said. Nest sites are so dense in some areas that not all reports are in yet, Griffin said.

Griffin sees that as a sign that a decades-long nesting decline has leveled off, with increased conservation and surveying efforts a likely factor.

The first eggs on Beaufort County beaches were found in May, meaning hatchlings will soon emerge. Volunteers begin monitoring for hatchlings at 50 days after nesting. The average incubation time is 60 days, but hot, dry weather can hasten the process, Tressler said. 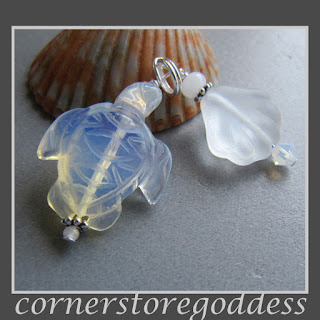