In earlier posts, we have seen the story of the Buddha: Birth of the Buddha, The Young Prince, The Wise Men's Predictions, and The Marriage Contest.  Today, The Pleasure Palaces. 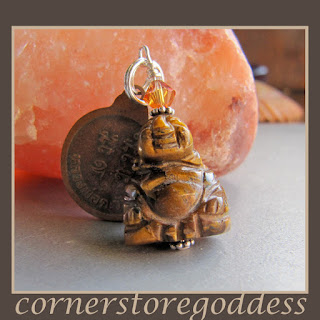 Having won the marriage contest, Prince Siddhartha and Princess Yasodhara were married. The King wanted to be sure his son would never wish to leave the kingdom, and so he had three palaces  built for the young couple.  He wanted them to be so beautiful, so magnificent, that anyone who entered would think he was in heaven. 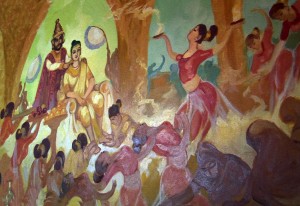 He commissioned a summer palace with pools and fountains, a warm and luxurious winter palace, and a palace for the rainy season.  The palaces were to be placed in a park, with scenery wherever one looked.  Each would be surrounded by a large wall, so that nothing unpleasant would ever be able to enter.  That way, Prince Siddhartha would never be tempted to leave. 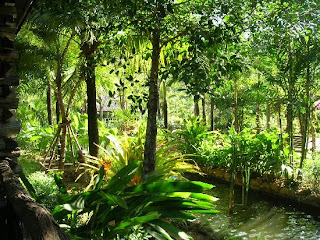 The King did not stop there.  He hired the best musicians to play all day and all night. 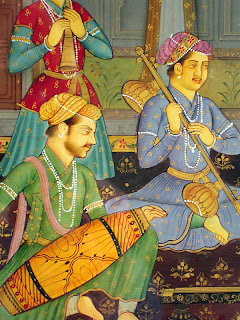 The servants were beautiful dancing girls.  The chefs were trained to make an endless variety of delicious and tempting foods.  Nothing was allowed inside to disturb the prince in any way. 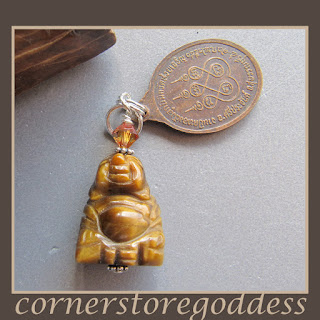 For many years Prince Siddhartha lived in these heavenly surroundings, entertained from morning until night.  He never heard or saw anything even slightly unpleasant.  If one of the servant girls fell ill, she was taken from the palace and not allowed to return until she was in the bloom of health once again.  If a plant began to droop, it was quickly replaced with a strong healthy plant. 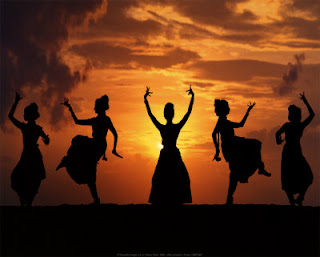 The Prince knew nothing of sickness or sadness. He never even saw a wilted plant.  Thus he was kept ignorant of all the suffering and unpleasantness of the world.
Soon Yasodhara gave birth to a son, who was named Rahula. Everything was perfect and the King felt sure that his plans to keep the Prince interested in the royal life were working perfectly. 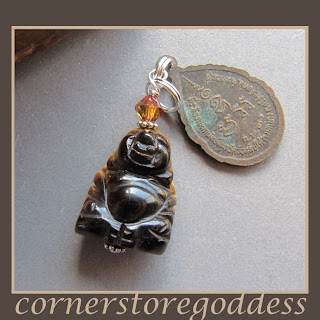 Next:  A Song of Beauty

Posted by Cornerstoregoddess at 10:00 AM