A Return to the Tale of Two Renegade Sheep 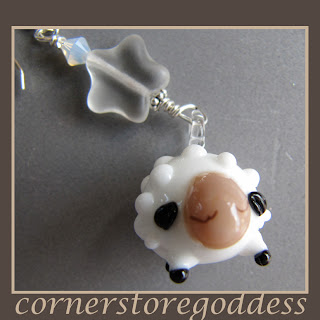 Finding myself in a sheepish frame of mind, I made some sheep earrings (which are on etsy), and I thought I'd reprise this story for you. 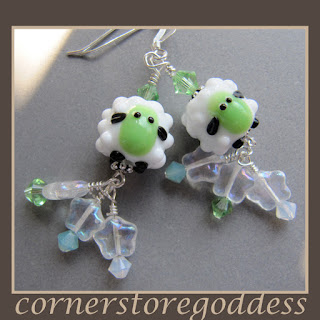 When sheep are born, their job options are limited.  Make wool.  Make dinner.  Go baa baa baa.  Or be counted during insomnia exercises.  When Merwin and Irving were born, their parents presented the options and let the boys choose. 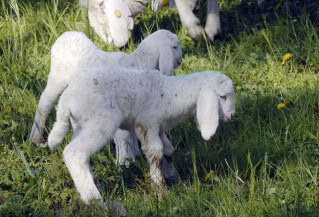 Merwin was all for the baa baa baa option, but Irving really thought he'd prefer making sweaters.  It sounded like a lot of fun: rolling balls of wool, choosing colors... He took lessons from one of Kliban's cats. 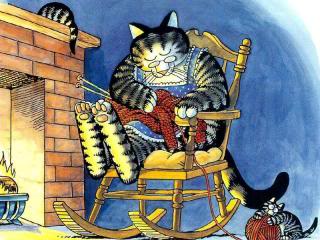 Irving started with a dog sweater. 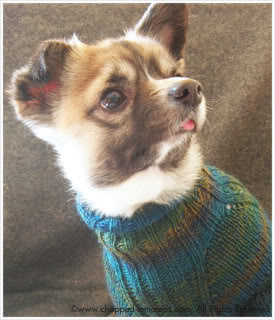 The dog never forgave him.

Merwin, meanwhile, was having a grand old time leaping around saying baa baa baa.  He only took a brief break, and that was to inform Irving that sheep don't knit.  Instead, they give up their wooly coats so others can make sweaters.  Irving asked to see the list of job opportunities again.

Making dinner seemed like a nice creative outlet, so Irving bought himself an apron. 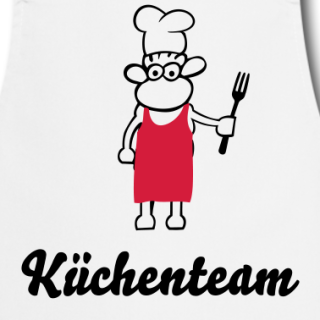 Then he went on Amazon and ordered a pile of cookbooks. 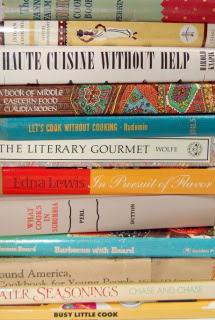 While paging through recipes, he saw a photo that horrified him. 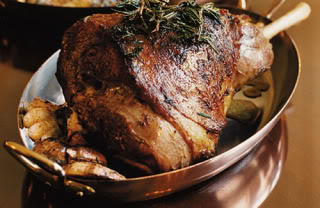 Not wishing to occupy a pan with a head of garlic and some potatoes, Irving again asked to see the list of job opportunities.  He asked Merwin how the baa baa baa-ing was working out. 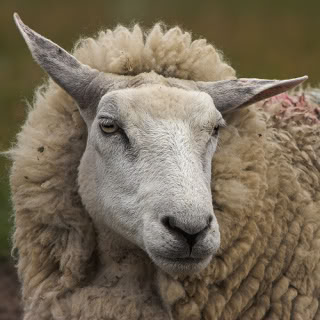 Merwin admitted it was kind of dull, and also kind of lonely.  He was thinking of jumping career tracks, and was hoping for a gig that involved travel.  He mentioned that he'd really like to do something with his brother.  And, he added, he would prefer to work nights. 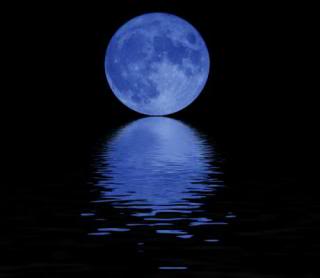 Merwin and Irving consulted Craigslist, looking for the perfect job.  Despite the economic recession, there were some night positions available. 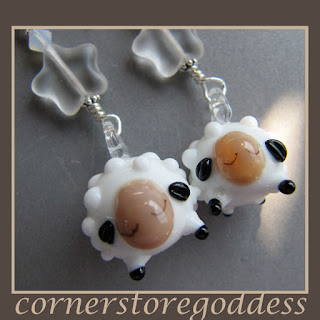 That very night they started as sheep counted by anyone with a sleep disorder. 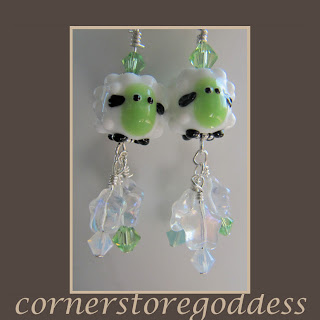 Since there were just the two of them, they specialized in people with light sleep disorders, who could doze off after counting two sheep.  After their cousins Herman and Sherman joined them, they could assist those who required more sheep to count. 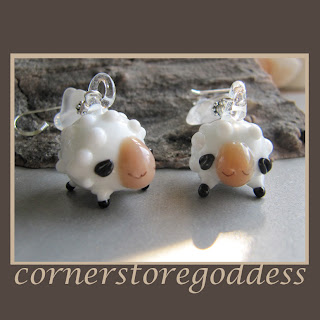 They slept all day and lived happily ever after. 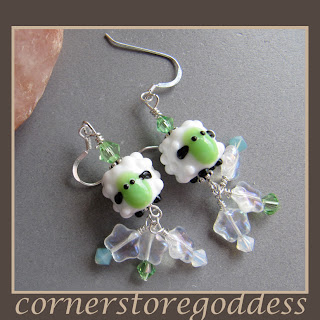 If you need two sheep, Merwin and Irving can be found here.  So can Herman and Sherman.
Posted by Cornerstoregoddess at 4:00 PM