Just a Spoonful of Sugar Skulls... 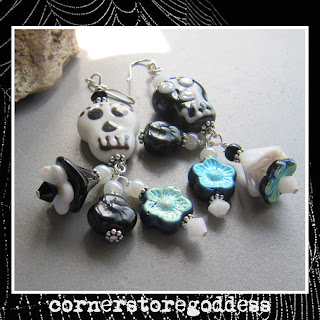 Día de los Muertos was an Aztec ritual to celebrate the lives of dead ancestors and had been practiced for more than 3,000 years, with dancing, decorated skulls, flowers, altars, and remembrances.  When the Spaniards invaded Mexico, they tried in vain to ban the month-long holiday, which they found offensive,  perhaps not recognizing its similarity to the Catholic All Saints Day and All Souls Day. 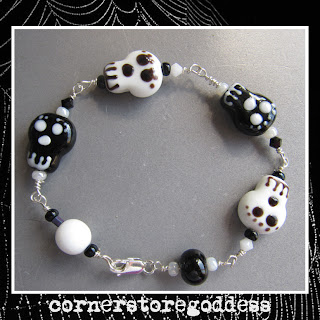 The Aztecs and other Meso-American civilizations kept skulls as trophies and displayed them during the ritual. The skulls were used to symbolize death and rebirth.  These  skulls were used to honor the dead, whom the Aztecs and other Meso-American civilizations believed came back to visit during the month-long ritual.  Unlike the Spaniards, who viewed death as the end of life, the natives viewed it as the continuation of life. Instead of fearing death, they embraced it. To them, life was a dream and only in death did they become truly awake. 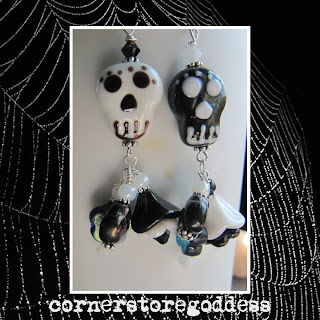 This did not sit well with the Spaniards.   Failing to eradicate the holiday, they eventually succumbed, and simply merged it with All-Saints day and All-Souls day.  The November 1st and 2nd holiday seemed more Christian in their eyes. 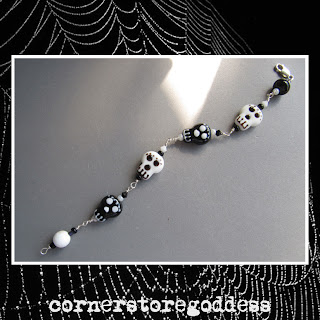 Sugar skulls were used to decorate the ofrendas on Día de los Muertos.  Smaller skulls were placed on the ofrenda on November 1st to represent the children who had died.  The next day, the small skulls would be replaced with larger skulls, representing the adults.  The skulls had the names of the departed written on their foreheads and were decorated with whimsical and colorful stripes, dots and swirls of icing. Feathers, beads or colored foils were glued on to make them even more festive. 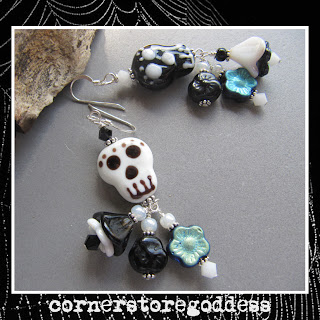 Back in the 17th century, these skulls were made of sugar, and the tradition continues to this day.   Mexicans then had little money.  From the Catholic friars, they learned how to make decorations out of what they had on hand ~ sugar.  Clay molds were cast and the sugar decorations were used to decorate the churches, ofrendas, and gravestones.  For the Día de los Muertos, each sugar skull represented an individual and that person's name would be written on the skull's forehead. 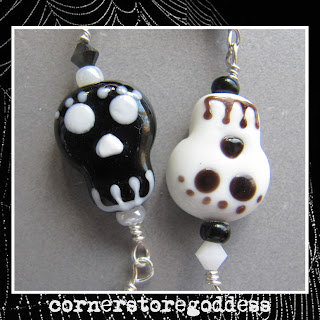 These, BTW, are not made of sugar.  They do not melt in your mouth (or your hand), and are available in my etsy shop.
Posted by Cornerstoregoddess at 4:00 PM