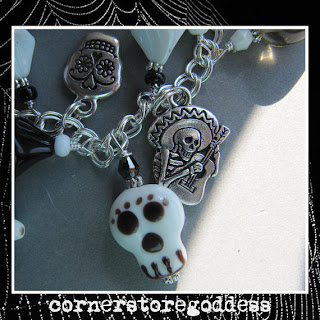 In Mexico and in Mexican-American communities around the country, it's the Day of the Dead (Dia de los Muertos), a celebration that honors lost loved ones and those who have gone before.  It closelt correlates with All Saints' Day and All Souls' Day on the Catholic calendar. 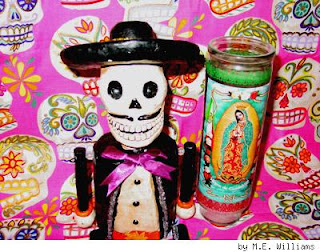 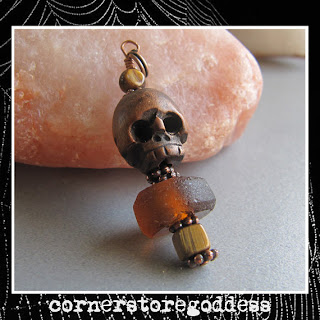 Scholars trace the origins of the modern Mexican holiday to indigenous observances dating back to the Aztec festival for the goddess Mictecacihuatl. The holiday has spread throughout the world in Latin cultures.  Similar observances occur elsewhere in Europe, and similarly themed celebrations can also be found in many Asian and African cultures. 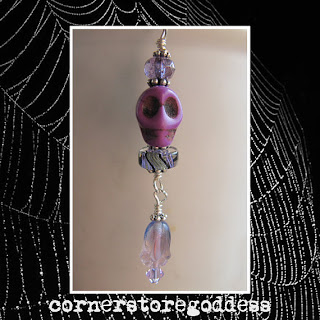 The Day of the Dead celebrations in Mexico can be traced back to the indigenous cultures. Rituals celebrating the deaths of ancestors have been observed by these civilizations perhaps for as long as 2,500–3,000 years. In the pre-Hispanic era, it was common to keep skulls as trophies and display them during the rituals as symbols of death and rebirth. 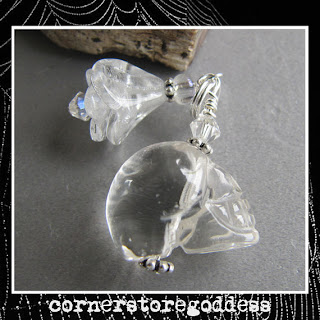 The festival that became the modern Day of the Dead fell in the ninth month of the Aztec calendar, about the beginning of August, and was celebrated for an entire month. The festivities were dedicated to the god known as the "Lady of the Dead", who corresponds to the modern-day Catrina. 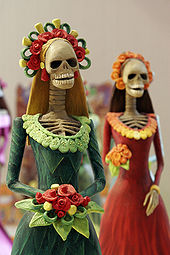 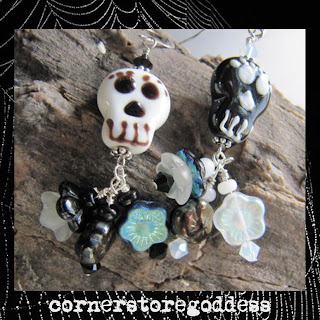 People go to cemeteries to be with the souls of the departed.  They build altars containing the favorite foods and beverages as well as photos and memorabilia of the departed. The intent is to encourage the souls to visit, so that they may hear the prayers and the comments of the living directed to them. 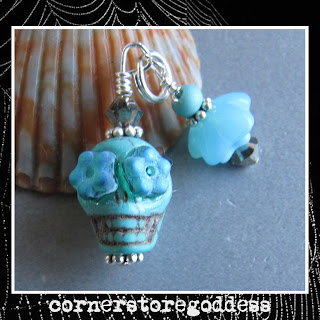 During the three-day period, families usually clean and decorate graves; most visit the cemeteries where their loved ones are buried and decorate their graves with ofrendas ("offerings"), which often include orange Mexican marigolds (Tagetes erecta) called cempasúchitl (originally named cempoalxochitl,  Nahuatl for "twenty flowers"). 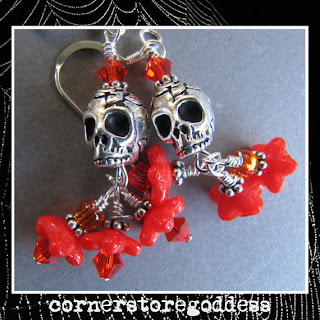 In modern Mexico, this name is sometimes replaced with the term Flor de Muerto ("Flower of the Dead"). These flowers are thought to attract souls of the dead to the offerings. 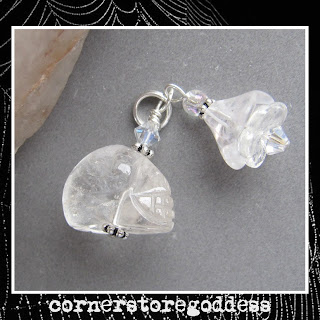 Toys are brought for dead children (los angelitos, or "the little angels"), and bottles of tequila ,mezcal, or pulque or jars of atole for adults. Families will also offer trinkets or the deceased's favorite candies on the grave. 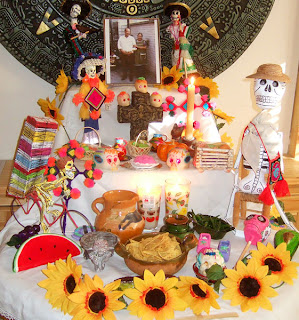 An ofrenda with day of the Dead offerings
Ofrendas are also put in homes, usually with foods such as candied pumpkin, pan de muerto ("bread of the dead"), and sugar skulls and beverages such as atole. 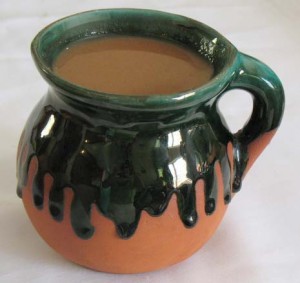 Atole is a hot beverage native to Mexico and Central America originating before the pre-Hispanic era. Traditionally, atole is made from nixtamalized maize dough.
The ofrendas are left out in the homes as a welcoming gesture for the deceased. Some people believe the spirits of the dead eat the "spiritual essence" of the ofrendas food, so even though the celebrators eat the food after the festivities, they believe it no longer holds any nutritional value. 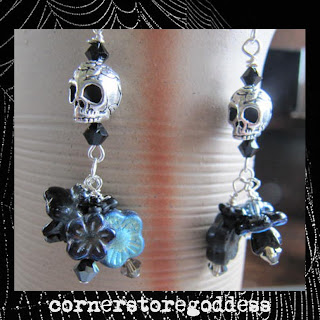 Pillows and blankets are left out so that the deceased can rest after their long journey. In some parts of Mexico, speople spend all night beside the graves of their relatives. In many places, people have picnics at the grave site as well. 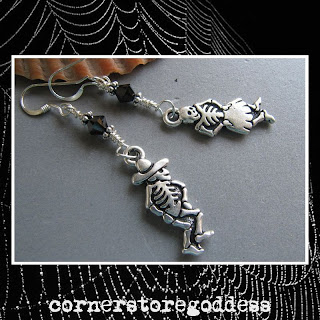 Some families build altars or small shrines in their homes;[ these usually have the Christian cross, statues or pictures of the Blessed Virgin Mary, pictures of deceased relatives and other persons, candles and an ofrenda. Families spend some time around the altar, praying and telling anecdotes about the deceased. In some locations, celebrants wear shells on their clothing, so that when they dance, the noise will wake up the dead;,  Some even dress up as the deceased.

Art from the Day of the Dead Folk Art Gallery
A common symbol of the holiday is the skull (called the calavera), which can be represented in masks (calcas) and foods, like sugar skulls.  Sugar skulls are gifts that can be given to both the living and the dead. Other holiday foods include pan de muerto, a sweet egg bread made in various shapes from plain rounds to skulls and rabbits, often decorated with white frosting to look like twisted bones.


Whether or not you celebrate, take a moment to remember someone no longer with you.  Wishing you all good memories.

Day of the Dead jewelry available here and here.
Posted by Cornerstoregoddess at 4:00 PM