The Hippopotamus and the Tortoise


A Folktale from Nigeria
Many years ago the hippopotamus, whose name was Isantim, was one of the biggest kings on the land, second only to the elephant. 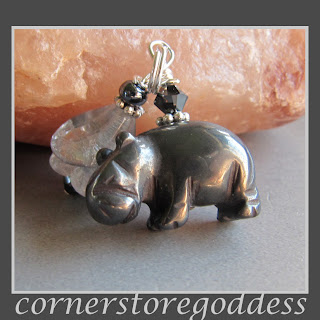 The hippo had seven wives, all of them large and quite fat.  He was very fond of all of them. 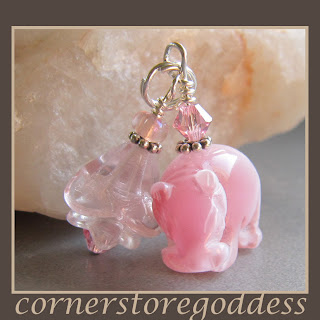 He was also fond of entertaining.  Now and then he put on a big feast for many guests.  But, as good a host as he was, and as appreciative as his guests were, no one, with the exception of the seven wives, knew the hippo's name.

One evening, as the guests were about to sit down to the feast, the hippo made an announcement.  "You have come to dine at my table, yet not one of you knows my name.  You must tell me my name, or you shall have to leave without your dinner."

Dinner was looking very tasty.  And the guests were very hungry, having starved themselves all day so that they could better enjoy that night's feast.  But, alas, not one knew the hippo's name.

Hippo sent them away, their stomachs rumbling, looking back sadly at the table, which was heaped with delicious food and tombo [palm wine]. 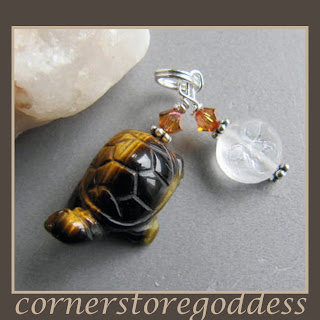 As he was leaving, the tortoise stopped to ask the hippo what he would do if he told him his name at the next gathering.  So the hippo replied that he would be quite ashamed of himself.  So ashamed, in fact, that he and his whole family would leave the land and go to dwell in the water for all eternity.  The tortoise thanked him and left. 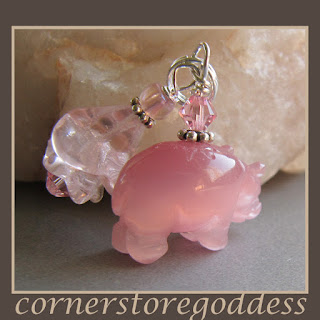 The hippo and his wives had a custom.  Every morning, and every evening, they would go down to the river to wash themselves and have a drink.  The tortoise knew of this habit.


In their trek to the river, the hippo always walked in the lead, with his seven wives following him.  One day when they had gone down to the river to bathe, the tortoise made a small hole in the middle of the path.  Then he hid and waited.

When the hippo and his wives returned, two of the wives were lagging behind.  The tortoise crawled out from his hiding place and half-crawled into the hole, leaving his shell exposed. 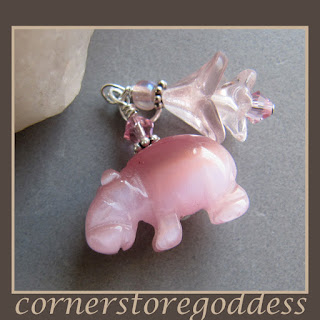 One of the hippo wives hit her foot against the tortoise's shell.  She called out to her husband, "Oh! Isantim, my husband! I have hurt my foot."


The tortoise was so happy to hear this that he almost leaped out of the hole immediately, but he waited. 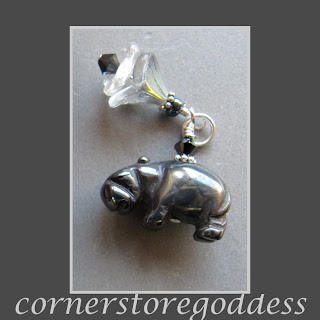 A few days later the hippo again put on a feast for his guests, and again he cautioned them, "You must tell me my name, or you shall have to leave without your dinner." 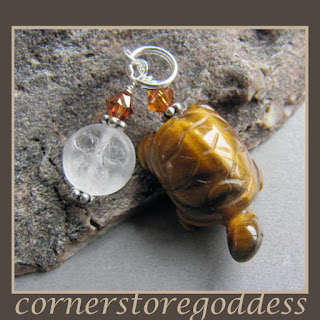 The tortoise stood up, and said, "I will tell you your name, but first you must promise not to kill me for knowing it."  The hippo solemnly promised.


Then the tortoise shouted, at the top of his voice, "Your name is Isantim!" A cheer went up from all the guests.  And then they all sat down to dinner. 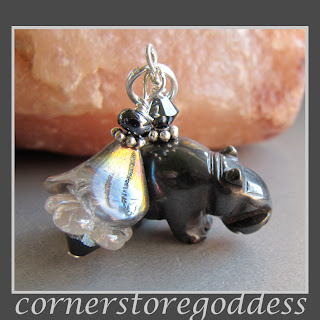 When the feast was over, as per his promise, the hippo, followed by his seven wives, went down to the river, where they have lived ever since.

And, while they do come out to feed at night, you will never find them on shore in the daytime.  And you will never be invited to another hippo feast.

Hippos and tortoises can be found here and here.
Posted by Cornerstoregoddess at 4:00 PM