Don't Mess With Owls ~ a Lesson from Hawaii

BATTLE OF THE OWLS 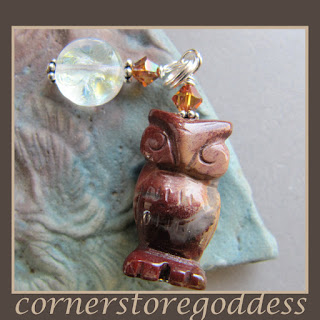 In Kahehuna, in Honolulu, there lived a man named Kapoi.  One day, on his way back from Kewalo, he found some owl's eggs.  He collected them and brought them home.  That evening, he wrapped the eggs in ti leaves and prepared to roast them over hot ashes.

Before he could do so, an owl perched on the nearby fence, and called out to Kapoi, "O Kapoi, give me my eggs!" 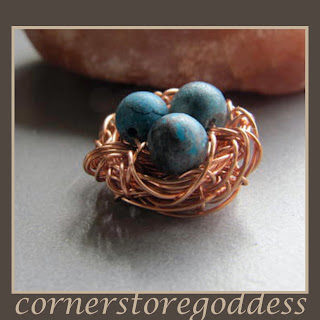 Kapoi, who was quite hungry and quite certain these were not the owl's eggs, asked the owl how many eggs she had.

Kapoi sighed, and told the owl, "But I want to roast these eggs for my supper."

The owl again asked for her eggs, and again, Kapoi refused to relinquish them.

The owl cried out, "O heartless Kapoi! Please take pity on me, and give me my eggs!" 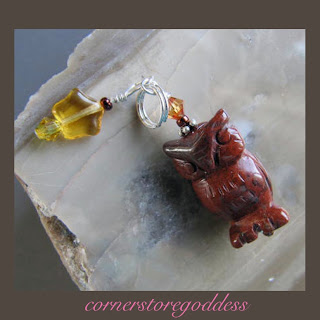 Kapoi, with a sigh, told the owl to come get the eggs.  Once the owl had her eggs, she instructed  Kapoi to build a heiau, or temple.  Then she told him how to build an altar.  This temple would be called Manua.

Following the owl's instructions, Kapoi built the temple.  He set kapu days for its dedication, and, as was the custom, placed a sacrifice on the altar. 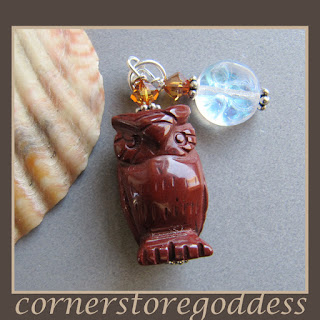 News of this soon spread to Kakuihewa, who was the King of Oahu, and lived in Waikiki.   But Kakuihewa had made a law: whoever among his people build a heiau and kapu at the same time that the King's temple was kapued, would be punished by death.

Kapoi was seized by the King's men, and led to the heiau of Kupalaha, at Waikiki.

The same day that the owl told Kapoi to build the temple, she gathered together all  the owls from Lanai, Maui, Molokai, and Hawaii.  They gathered at Kalapueo, and at Kanoniakapueo, and at Pueohulunui, near Moanalua.

The King decreed that Kapoi would be put to death on the day of Kane.  But that day, at daybreak, all the owls left their places and covered the entire sky above Honolulu. 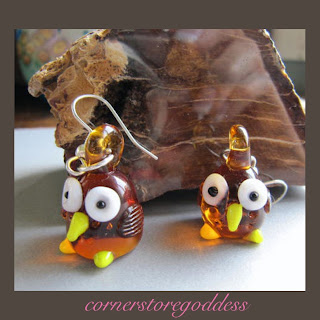 Just as the King's servants seized Kapoi to put him to death, the owls flew at them, pecking and scratching and tearing with their beaks and claws. 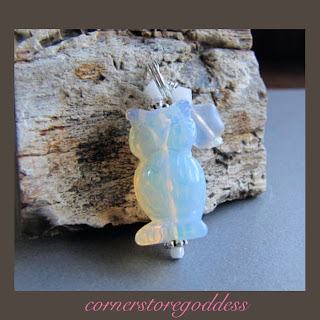 At last the owls conquered, and Kapoi was released,  The King was forced to admit that Kapoi's Akua (god) was a powerful one. 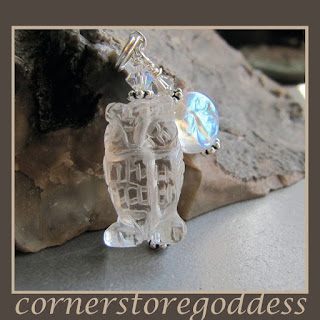 And from that day on, the owl has been recognized as one of the  deities venerated by the Hawaiian people. 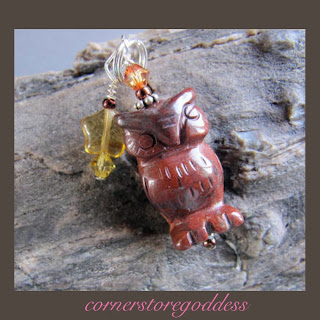 Owl charms and earrings can be found here.
Posted by Cornerstoregoddess at 4:00 PM