Why the Bat Flies at Night

Retold from a legend of the Kono people of Sierra Leone, Africa

Long ago, when first the earth was new, it was never dark or old.  All day long, the sun would shine, warming and lighting all the creatures.  All night long, the moon glowed, making twilight almost as light as day. 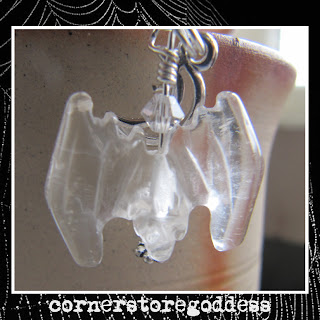 Then, one day, Bat accepted a mission.  He was to carry a mysterious basket to the moon.  The basket contained darkness, but Bat did not know this. 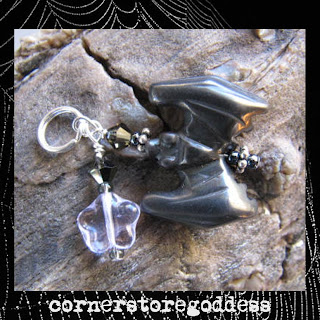 Bat took off to fly to the moon, with the basket on his back.  But the moon is very far, and the basket grew heavy.  Bat stopped to rest, and, as long as he was resting, he thought he would find himself something to eat.  So he set the basket down and went to find food and a place to rest. 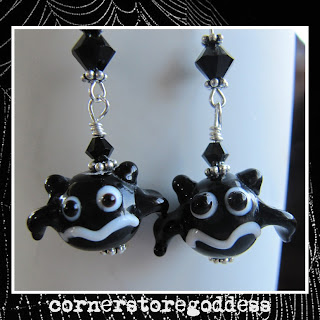 While Bat was away, some other animals approached the basket, which looked abandoned. 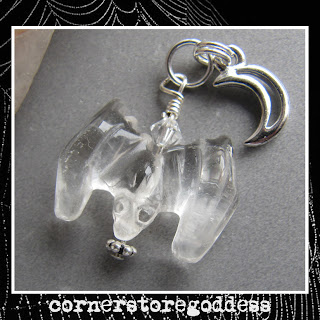 "That's a very large basket," said one. "Such a large basket must hold many good things to eat."

"Lets open it and see," said another. 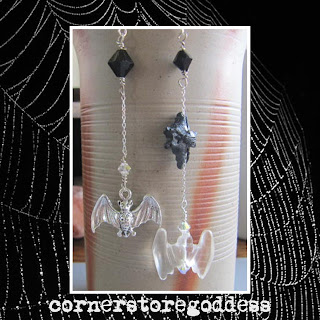 So the animals peeked under the lid of the basket.  Just then, Bat returned.  But he was too late.   Darkness had escaped from the basket.

Ever since that day, Bat rests by day so he is ready to fly at twilight. At night, you can see him rushing about everywhere. 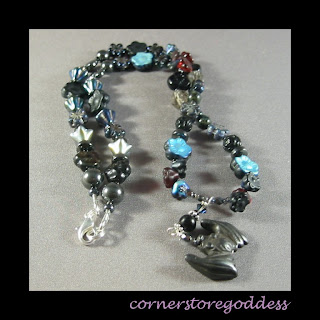 He is trying to catch all the pieces of dark to put back in the basket, so he can take it to the moon. But somehow he is never able to capture every bit of darkness. 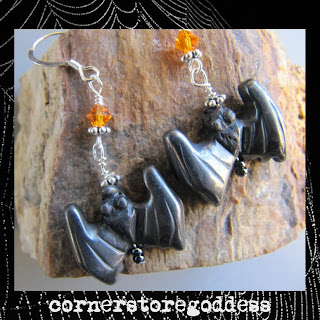 Bats, bats, and more bats in both my eBay and etsy stores.
Posted by Cornerstoregoddess at 4:00 PM