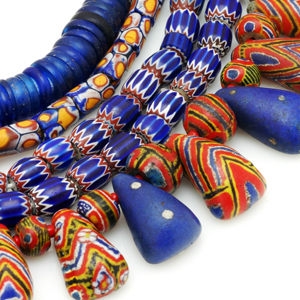 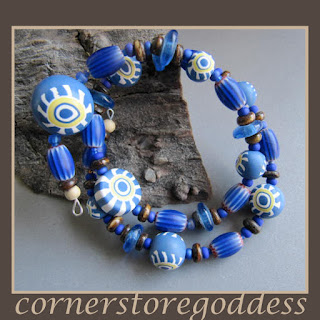 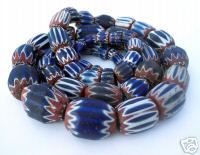 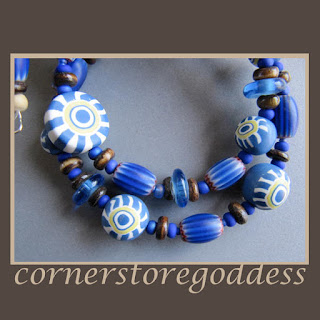 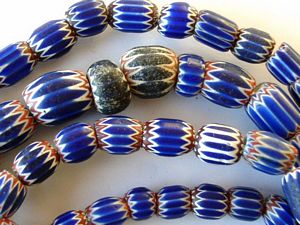 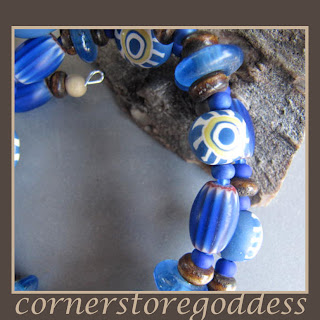 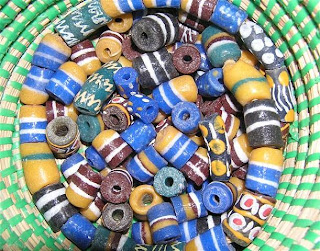 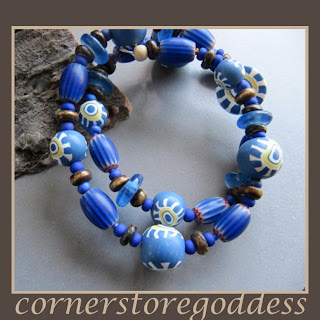 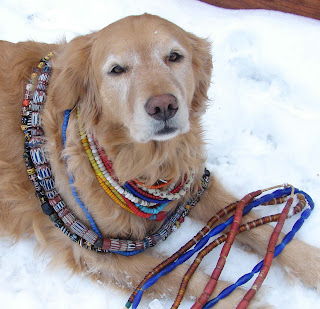 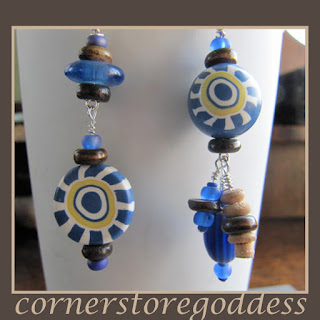 Wikipedia: Trade beads were otherwise decorative glass beads used between the 16th and 20th century as a currency to exchange for goods, services and slaves. Made to ease the passage of European explorers and then traders mainly across the African continents, the beads were made throughout Europe although the Venetians dominated production. Trade beads are also found in the United States and Canada, and throughout Latin America. The production of trade beads became so popular that literally tons of these beads were used for this purpose. Beads were used as ballast in ships for the outbound trip. The beads and other trade items were exchanged for human cargo as well as ivory, gold and other goods desired in Europe and around the world. The beads traded were not of a set design, but were produced according to demand.

Brightandshinythings with Trade Beads, old and new, can be found here.  The modern-day trade beads were created by the extremely talented Amy Hoover.
Posted by Cornerstoregoddess at 4:00 PM