How the Calico Cat Got Her Colors 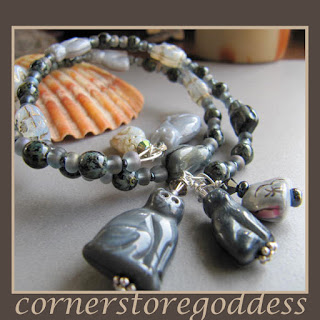 Once a long, long time ago lived a very nice gray cat named Gilda. She was very, very nice.

Her mother shook her head. "Gilda is not as big as her brother George," she remarked. "Whenever I need to make sure something doesn't blow away, George is there to sit on it and help."

"She is not a jumper like her sister Gracie," said her mother.

"And she cannot catch her food in water, like her brother Eugene."

Gilda did not mind the criticism. She did not feel like less of cat. She kept busy, helping the other animals.

When the birds needed a warm nest in the winter, Gilda game them some of her fur.

When the horse was bothered by flies, Gilda was there to brush them away with her tail.

When the dog had no one to chase, Gilda was always happy to help.

All the animal friends came by to visit.

Finally, Gilda started to get well again. She ate a little. She drank a little water. She was very weak. But she had lost all her fur.  Poor Gilda was a very naked cold little cat.

That's when he friends came to the rescue. Each brought Gilda fur and feathers, in all the colors they had. The dog gave Gilda some white fur from the fluff beneath her tail. The horse gave her dark fur, as dark as night. The birds gave her feathers of deep orange. They wove it all into a coat for Gilda, that covered her from head to tail.

"She is not big like her brother George," they agreed. 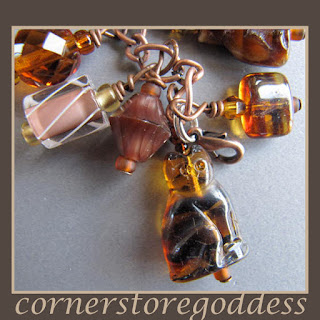 "She is not a jumper like her sister Gracie." 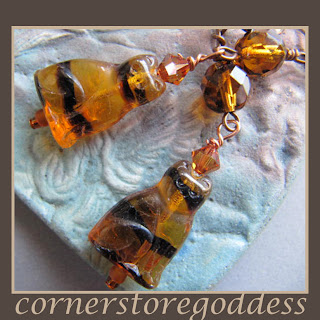 "She cannot catch anything in water, like her brother Eugene," they said. 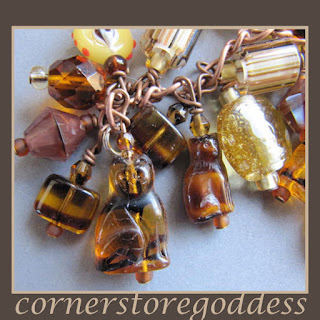 "But she is a nice cat, a sweet cat, and a cat with many colors." 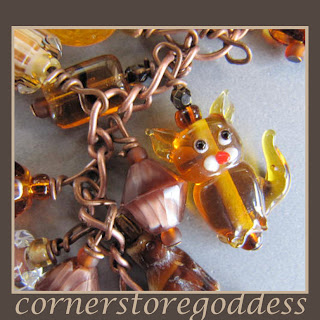 And they were right.   Gilda, who was now a calico cat, was the nicest kitty a cat can be.

You can find her bracelet and earrings right here. 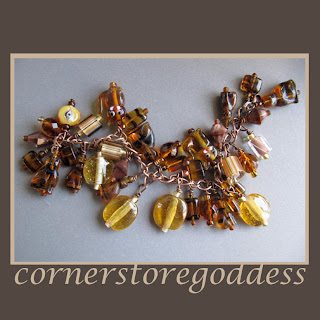