My friend Lisa Lodge of Pine Ridge Treasures came up with a lovely challenge and blog hop.  You can find some of Lisa's work here and here and here.  It's the Summer Color Surprise Blog Hop, and that's because each of the participants got bags of beadie treasures in a surprise color.  The challenge?  Make something with them.

Mine were white and clear: beads of lucite and Czech glass, snow jade, white berry beads, sparkly bits and frosted pieces and clear treasures.  I had already gone a little nuts with frosted white glass earlier this year, when I decided I could recreate snow in the bead cave, so getting bags of beads with more frosted white in it was all I needed to make... well, it's me.  I made a cat necklace and three pairs of matching earrings. 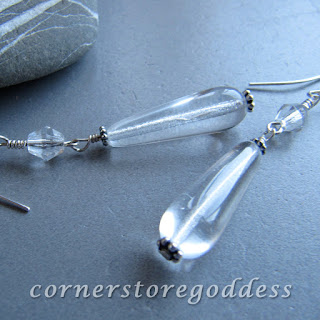 I probably should have photographed the beads before I started, but I was digging through them about 10 seconds after the box hit the front porch, so you'll have to take my word for it that they were cool beads.  And in no time at all, I got beading.  In fact, my challenge was to hang onto these pieces and not show them to everyone RIGHT AWAY! 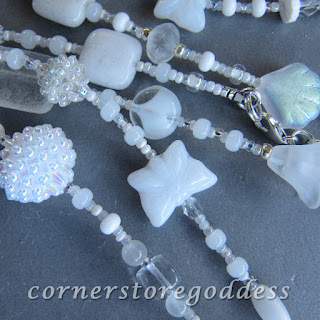 With the white cats I added, it seemed like a good time to re-tell the story of the Mystical Magical White Cats of Ceridwen... so that is what I will do with my color surprise. 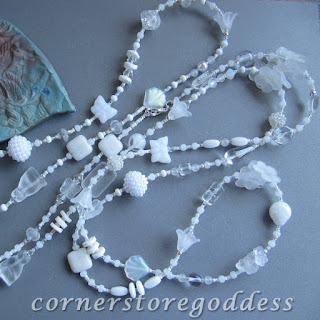 Long, long ago, as told in the Tale of Taliesin, under King Arthur there served a warrior so ugly, he was called Big Crow, or Morfran.

His mother, Ceridwen, was a beautiful goddess. 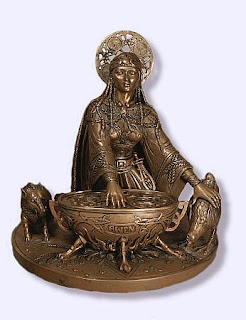 Ceridwen decided that, if she could make Morfran spectacularly wise, perhaps no one would notice that he looked like, well, a big crow.  She had a magical cauldron with which she could whip up a potion that would grant Morfran the gift of wisdom and poetic inspiration. With the help of her white cats, who carried out all her orders on earth, Ceridwen assembled the necessary ingredients. 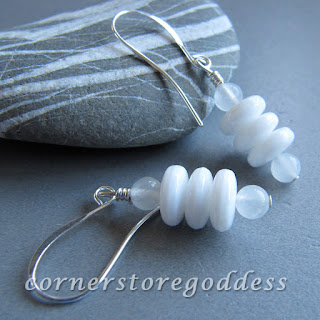 The mixture had to be boiled for a year and a day, which was no mean feat, even for a goddess. But Ceridwen had help, even beyond her white cats. 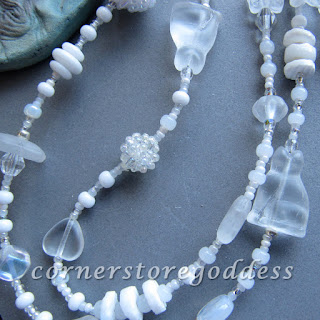 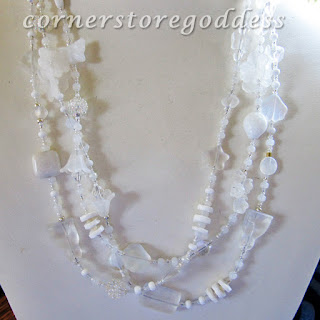 The first three drops of liquid from this cauldron would give wisdom.  The rest would be a fatal poison, not fit for the compost heap. 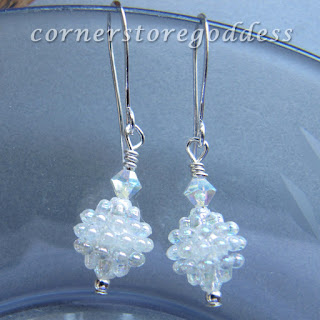 When at last the potion was ready, three hot drops from the cauldron spilled onto Gwion's thumb, burning him.   Gwion immediately put his thumb in his mouth, to numb the pain.  And instantly he gained great wisdom and knowledge. 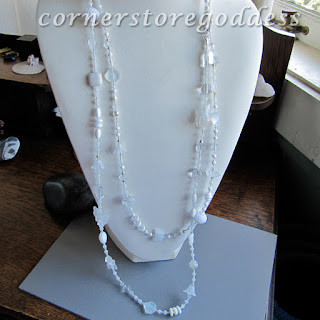 Ceridwen was furious.  Her work had been for naught.  She chased Gwion. But, now being very clever, he turned himself into a hare. 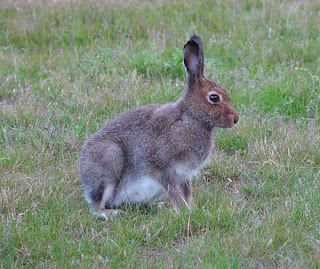 So Ceridwen became a greyhound. 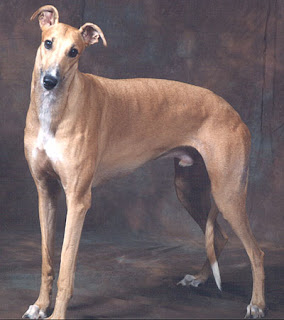 Gwion became a fish and jumped into a river. 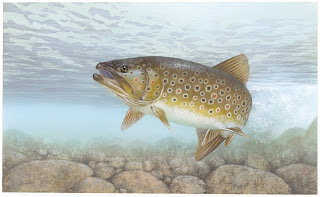 Ceridwen turned herself into an otter and went after him. 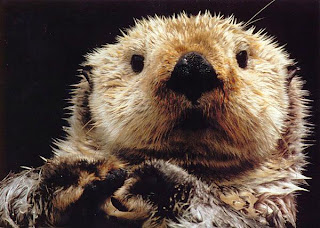 Gwion turned into a bird... 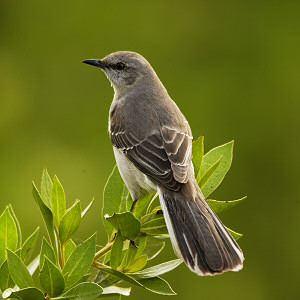 ...and so Ceridwen became a hawk. 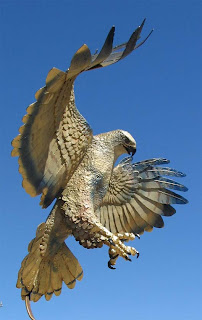 Finally, Gwion turned himself into a single grain of corn.

Ceridwen turned herself into a hen... 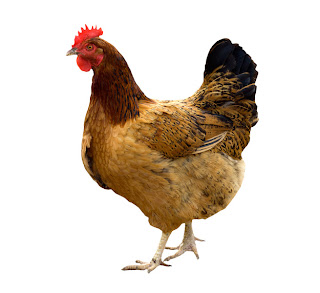 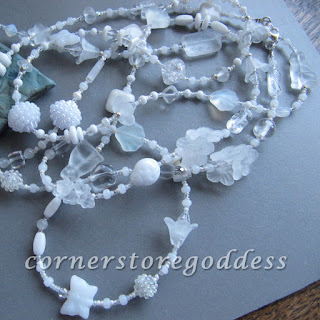 When Ceridwen became pregnant, she knew it was Gwion, and she was determined to  kill the child when he was born.  But when he was born, he was so beautiful that she couldn't kill him.


Instead, she sewed the baby into a leather bag and threw him in the ocean.  He was rescued on a Welsh shore, near Aberdyfi, by a prince named Elffin ap Gwyddno.


The reborn baby, who had once been Gwion (and a kernel of corn) grew up to became the legendary bard Taliesin.


Ceridwen, meanwhile, returned to life with her cats... and a son who looked like a Big Crow. 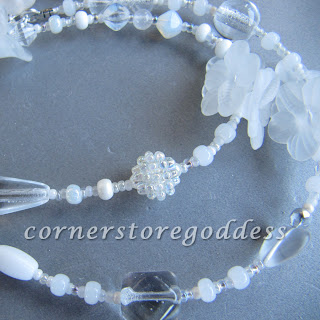 Their legend, as a necklace and earrings, can be found here.


And if you'l like to go on the blog hop, you just started.  Next go here.
Posted by Cornerstoregoddess at 12:01 AM