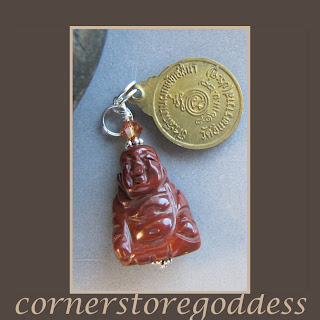 The King heard about his son's unhappy mood and wondered what could have gone wrong. "Perhaps he needs more variety, " and so the King began to plan another trip for his son, this time to an even more beautiful section of the city."

Again, Channa prepared Kantaka.  Again, they rode out into Kapilavastu.

The streets were decorated as before, and the people were happy to, once again, see the Prince.  But deep in the crowd, Siddhartha saw a man who was, apparently, quite ill. 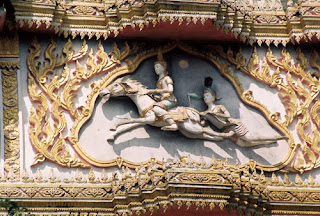 The Prince spoke to Channa asking about the man who was coughing loudly, his body shaking, crying piteously.

Channa explained that this man was sick.

"But why?" asked the Prince.

Channa explained that people could become sick for many reasons.  He might have eaten food that had gone bad.  He might have caught a chill.  These things could cause his body to go out of balance and make him feverish.

The Prince was stunned.  "Can even happy people become sick?" he asked.

Channa assured him they could.  Anyone could be healthy one day and sick the next.  No one was immune from all illness.

The Prince wanted to know how people could be happy and carefree, knowing that sickness could attack them the very next day.  Then he asked Channa to turn the chariot around,  He had seen enough for one day. 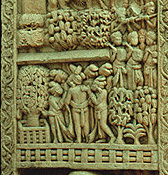 When he returned to the palace the Prince was even more unhappy than before.  Nothing anyone did could make him smile.  He spoke to no one. 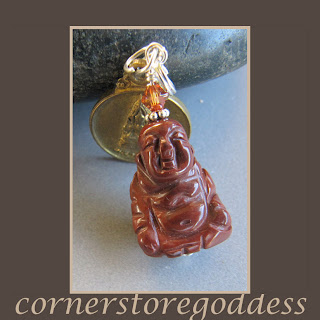 When the King learned of his son's unhappiness, he was frantic.  He had tried everything to make his son happy, but he had failed.  He turned to his ministers for guidance.

The ministers suggested sending the prince out surrounded by singers and dancers and nobles of the court.  They could go to a specially prepared garden with all sorts of entertainment and merriment. 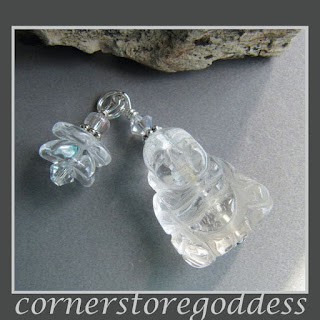 The next time Siddhartha asked to visit the city, preparations were made to insure that his journey was filled only with beauty and happiness. 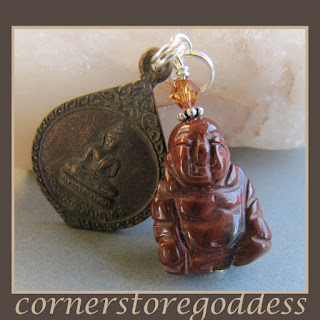 The King was certain that this time nothing would appear that could trouble the Prince in any way. 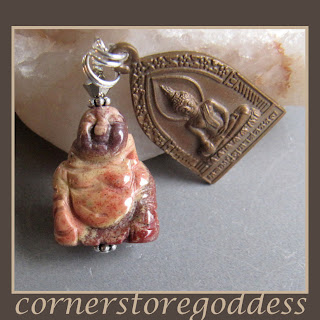 If you missed the earlier chapters, they can be found here:


Buddha charms here and here.
Posted by Cornerstoregoddess at 7:35 AM