Hippo Brains, or Yes, Virginia, There is a Hobbit 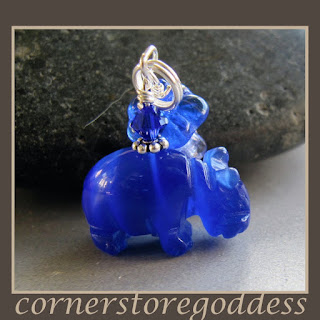 Scientists at the Natural History Museum believe that studies of ancient Madagascan hippos have led to a theory on the origins of the small brain of the 1-metre-tall human, known as the hobbit.
By examining the skulls of extinct Madagascan hippos, Museum scientists discovered that dwarfed mammals on islands evolved smaller brains in relation to their body size. 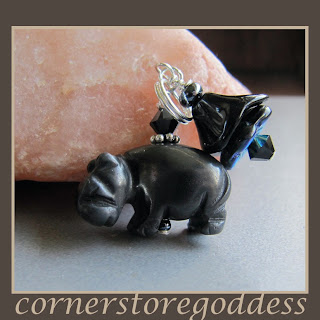 They now believe that Homo floresiensis may have had a tiny brain because of living on an island.  This belief is at the heart of the debate of the hobbit’s origins, whose remains were uncovered on the Indonesian island of Flores in 2003.

The team suggests that the hobbit became a dwarf after its Homo erectus ancestor became isolated on the large island of Flores many years ago. 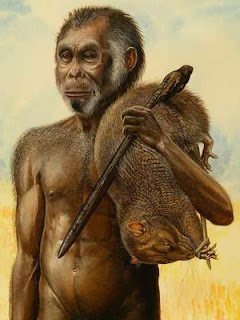 ‘The discovery of a small fossil human from the island of Flores with normal facial proportions but a brain the size of chimpanzee has baffled scientists,’ explained Natural History Museum palaeontologist, Dr Eleanor Weston, who led the research.

‘It could be that its skull is that of a dwarfed mammal living on an island. Looking at pygmy hippos in Madagascar, which possess exceptionally small brains for their size, suggests that the ‘hobbit’ was a dwarf resulting from its H. erectus ancestors being isolated on the island in the past.’ 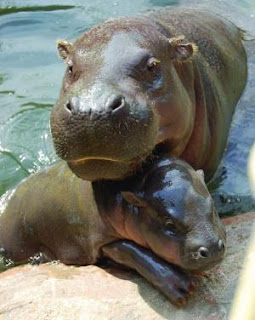 Madagascar has many diverse habitats and was once home to at least 3 species of hippo. 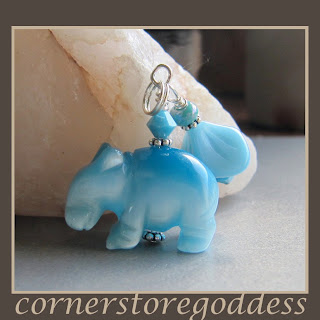 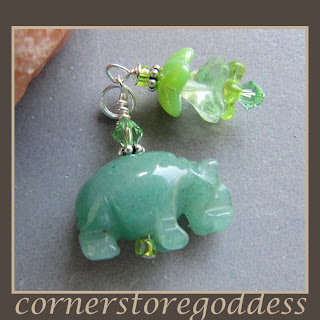 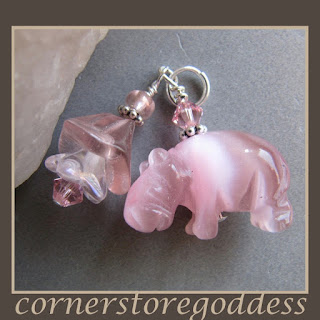 (these aren't them)
The team studied species of extinct Madagascan hippos and their mainland ancestor, the large common hippopotamus. (this one's not really common ~ he's carved of amazonite)

One of the specimens used, from the Museum’s mammal collection, was a nearly 3000-year-old dwarf hippo skull belonging to the extinct Hippopotamus madagascariensis.

'We found that the brain sizes of extinct dwarf hippos were still up to 30% smaller than you would expect...' explains Dr. Weston. 'It may be advantageous to the survival of animals that become isolated on islands with unique environments, not only to become dwarfs but to reduce the size of their brain.' 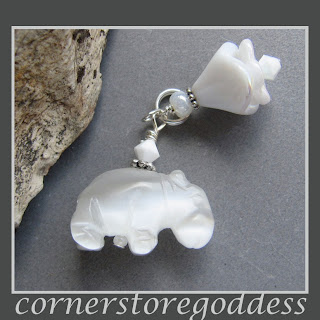 So apparently these charmed hippos are perfectly suited to live on a small island, preferably populated with beady vegetation.  You can find them here and here.

The entire article (without the CHARMing hippos, alas)
Posted by Cornerstoregoddess at 4:00 PM