What's on Your Bead Table or Building a Well Behaved Cat


Grateful Artist Lisa Lodge, of Pine Ridge Treasures, had a brilliant idea for a blog hop.  Take a bag of treasures from her bead table and create. 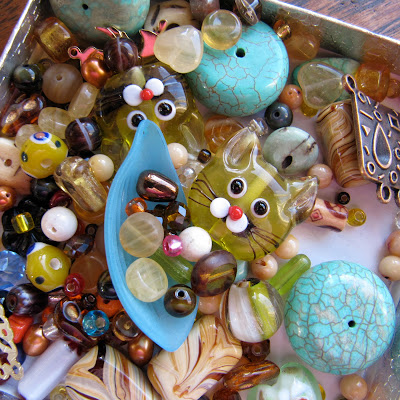 Her rules stated that you should not buy extra piece for your piece.  If you needed more beads, draw from your own bead table.  I have been banned from actually showing my bead table... which has more than enough for 50 or 60 pieces. but I didn't go there.  Instead I stuck to my Lisa bag, which was full of goodies, as you can see. 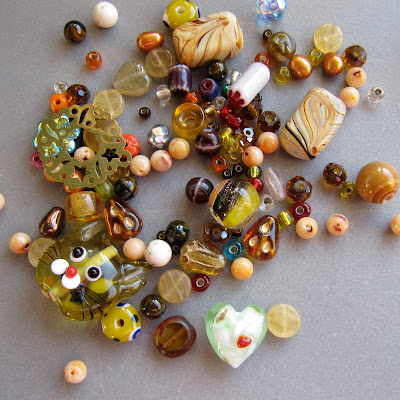 And while I could see one of y jam-packed charmed bracelets easily emerging from her treasures, I decided to pursue a different path.  The Road Not Taken, to quote Robert Frost. 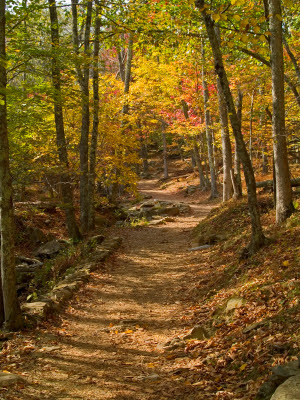 (Works well with the bead colors, doesn't it?)

Two beads leaped out at me.  Those who know me can easily determine which those were. 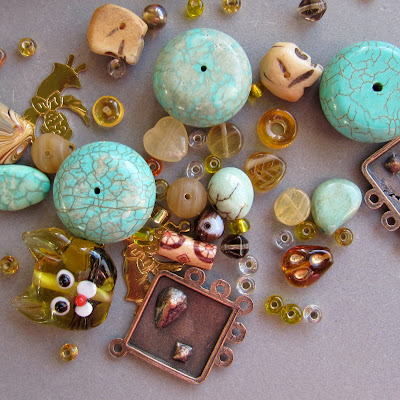 A while back the talented Tanya Boden sent me a beaded skeleton that so inspired me that, of late I've been playing around making Frankenstein's Monster, and Pumpkin Headed Creatures, and Mummies, so I thought... why not make a cat? 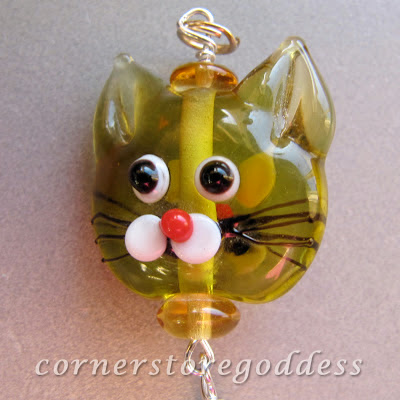 I started with the head, which I set off with the rondelle shaped beadies.  Isn't she pretty? 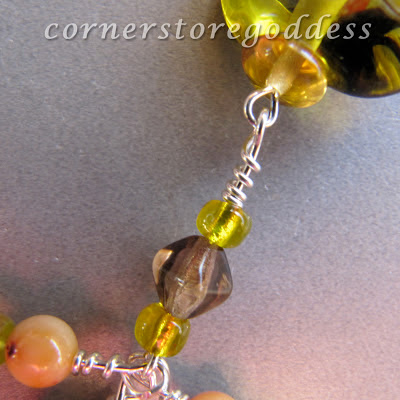 I got kind of carried away with the neck, because there were so many fun beads to play with,  So Kitty ended up with a very long neck and some elegantly waving arms. 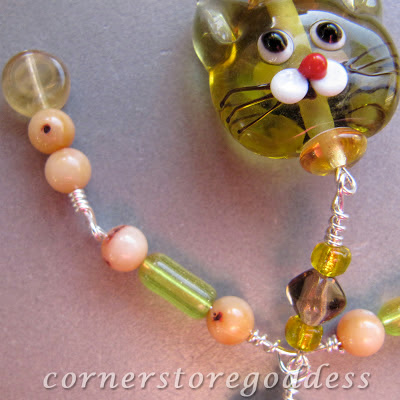 At this point, I decided she was the reincarnation of Audrey Hepburn... which got me humming "Moon River." 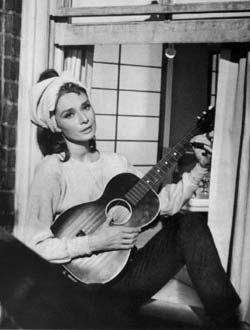 Next came Audrey's torso. A double-drilled bead works best for the torso, but those are hard to find... even on my overflowing bead table.  So I went with a single-drilled bead.  I chose this magnificently swirly bead. 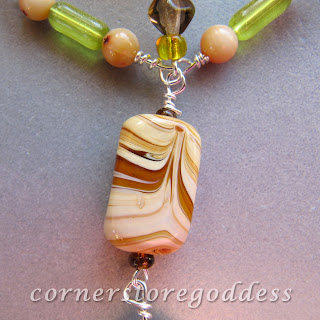 Then of course I needed arms, with some Hepburn-appropriate paws. And some nice long legs... 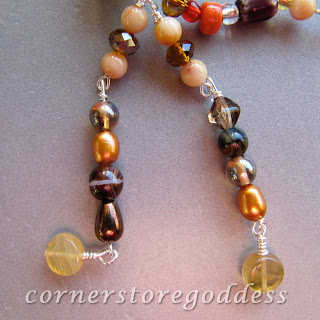 And, of course, a divinely elegant (and twisty) tail. 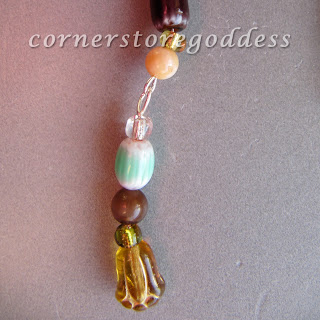 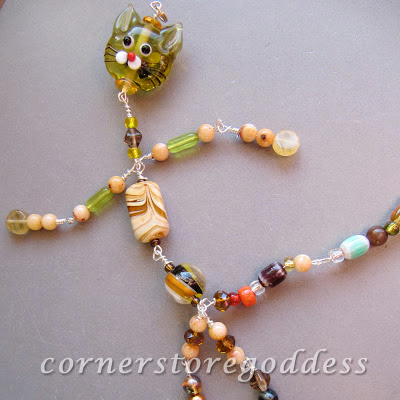 I was going to make a friend for her, but didn't have quite enough leftover beads for the job.  So she'll have to go somewhere where she'll get plenty of attention... like perhaps your home.

Audrey Hepburn Kitty is going free to a good home.  Would you like her?  She's litter-box trained and doesn't shed.

To win her, all you have to do is leave a comment saying you want Audrey, and become a Follower on my blog.  If you're already a Follower, just say so in your comment.  And, of course, visit some stops along the Blog Hop.  You'll find the path below, and there will be all sorts of treasures to see... but probably no other Audrey Hepburn Kitties.

The "My Bead Table Blog Hop"