A New Way to Bell the Cat 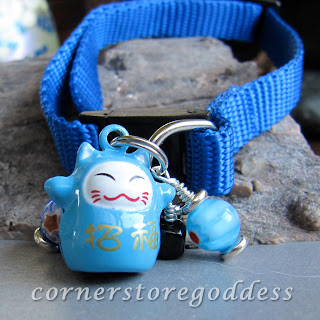 Long ago, the mice had a general council to consider what measures they could take to outwit their common enemy, the Cat. 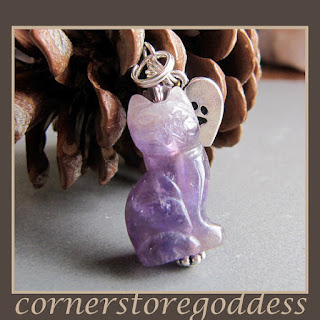 Some said this, and some said that; but at last a young mouse got up and said he had a proposal to make, which he thought would meet the case. 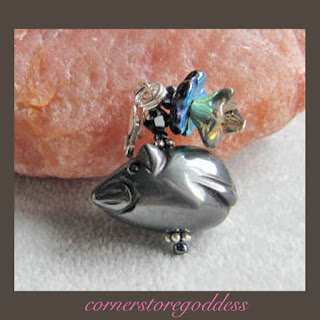 "You will all agree," said he, "that our chief danger consists in the sly and treacherous manner in which the enemy approaches us. 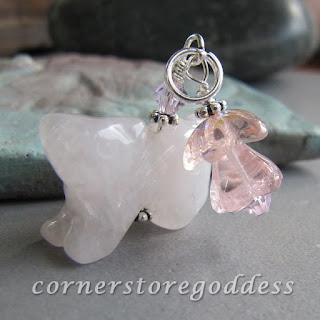 Now, if we could receive some signal of her approach, we could easily escape from her. I venture, therefore, to propose that a small bell be procured, and attached by a ribbon round the neck of the Cat. 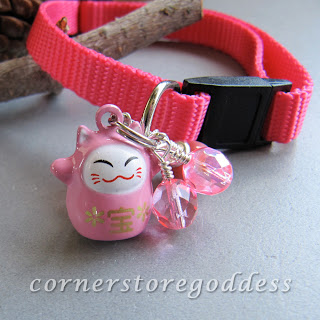 By this means we should always know when she was about... 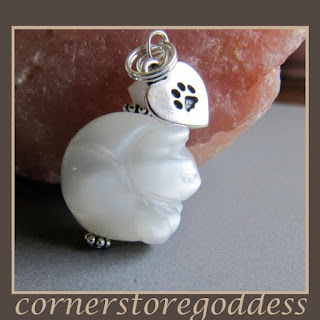 ...and could easily retire while she was in the neighbourhood."
This proposal met with general applause and great rejoicing.  The mice danced and laughed and high-fived each other. 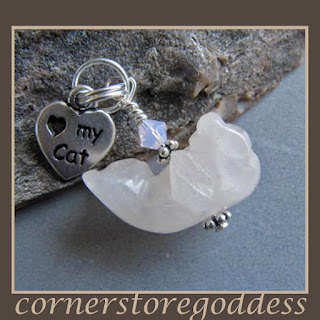 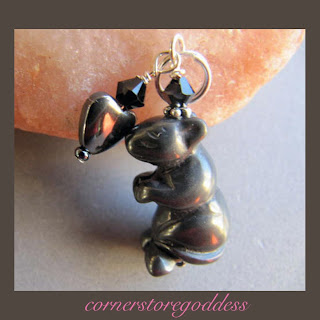 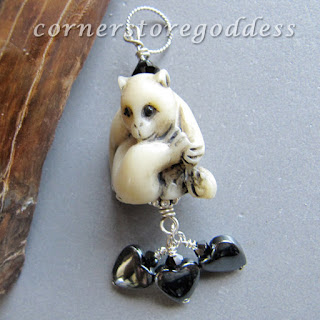 The mice looked at one another and nobody spoke. The old mouse nodded his head sagely:
"It is always easy to propose impossible remedies." 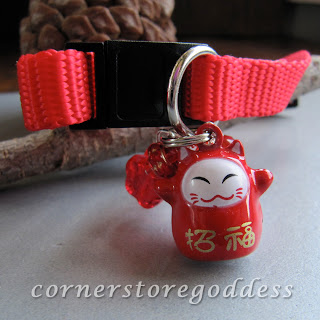 Moral: It is one thing to say that something should be done,
but quite a different matter to do it. 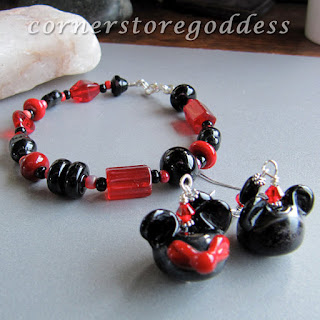 Kitty collars for belling the cat on etsy
Kitty and mousie charms on etsy and eBay
Posted by Cornerstoregoddess at 4:32 PM