A New Maneki Tale: The Old Woman of Imad 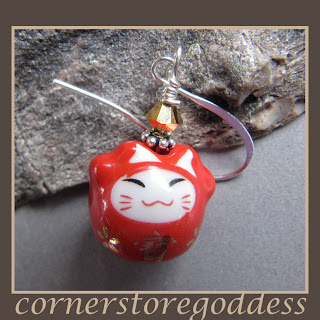 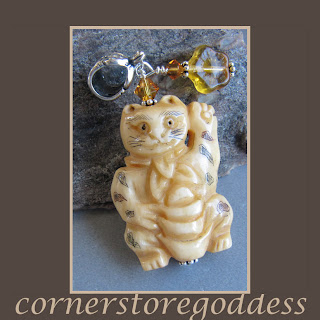 The word Maneki means beckoning or inviting, and the word Neko means cat. This famous cat is called the Beckoning Cat and represents a Japanese cat with its paw raised. In Japan, most businesses have this good luck cat.

Other names for this lucky cat is the Welcoming Cat, the Lucky Cat, the Money Cat, the Fortune Cat and the Happy Cat. A maneki neko with his right paw raised is said to bring fortune; one with the left paw raised brings business. 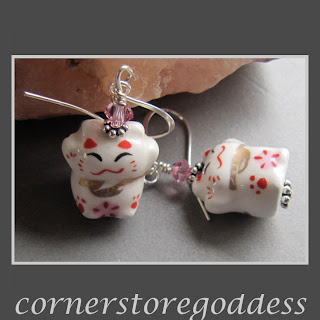 MANEKI NEKO (literally "beckoning cat") is one of the most common lucky charms in Japan, believed attract business and promote prosperity. Found frequently in shop windows, the Maneki Neko sits with its paw raised and bent, beckoning customers to enter.  Today's story is from the 19th century, and tells the story of the Old Woman of Imado, which is now Eastern Tokyo. 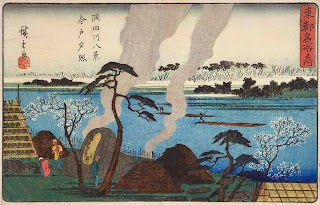 Long ago, there was a poor old woman who lived in Imado).  She kept a pet cat (and he kept her) until she was so poor that she could no longer feed the cat or give it a warm place to sleep, and she had to abandon it. 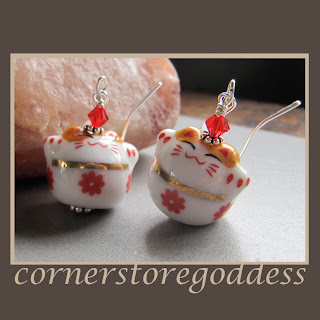 A few nights later, the cat appeared to her in a dream.  He told her to make his image out of clay.  The old woman did as he instructed her.  To her delight, people were soon asking to buy the clay statue. The more she made, the more they bought, and her poverty was replaced with prosperity. 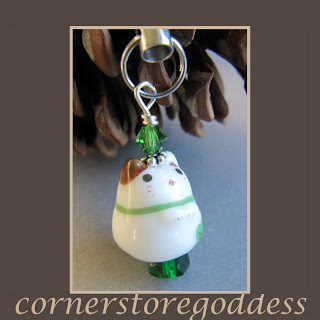 She and her cat lived out the rest of their days with a warm place to sleep and enough food to eat. 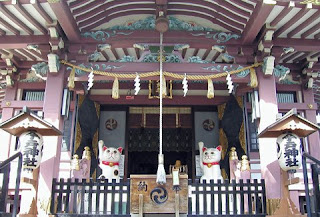 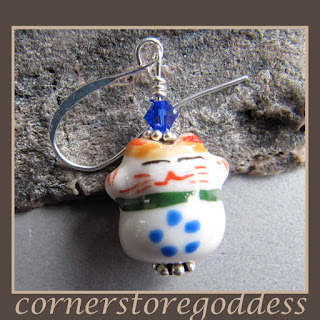